Learning to be a patient runner while injured

I have a problem: I don’t like to rest. I’m impatient. I’m obsessed with becoming faster and stronger and I love seeing results. I’m also paralyzed by the idea that if I take any days off, I’ll lose everything that I worked hard to get. I know that strength builds up during recovery mode but I can’t help it. I’ve been in denial about my injuries but it has reached a point where I had no choice but to sit back and rest.

I’m in a fortunate place now: to complain about resting because I love running. Marathon training has been tough but it gives me something to work towards. It’s no longer a struggle for me to complete a workout. There are some days I work out twice. And I don’t take any of it for granted. I’ve always loved fitness and for the longest time, finding sustainable motivation was challenging. I eventually did and am proud of myself for sticking with it.

I run because I don’t ever want to be in a position in life where I tell myself that I “could have done better.” Regret hurts my ego the most so I’m fiercely driven to give absolutely everything I have. Pre once said, “To give anything less than your best is to sacrifice the gift.” I’ve lived by these words for as long as I can remember. I have yet to fulfill my lifelong goal of running a full marathon but I want to always confidently say that I’ve put forth my best in every circumstance.

After completing the Airbnb Brooklyn Half Marathon in May, I was supposed to recover from racing three half marathons in three months. On top of running, I’ve been going to kickboxing, crossfit, HIIT and spin classes for cross training. I burned myself out without realizing it. Since I’m impatient, I went for a run two days after the Brooklyn Half. I did that again a few more times. Before I knew it, I had completely destroyed my hamstrings. My initial hip/IT band injury from the United Airlines NYC Half in March was starting to flare up too. 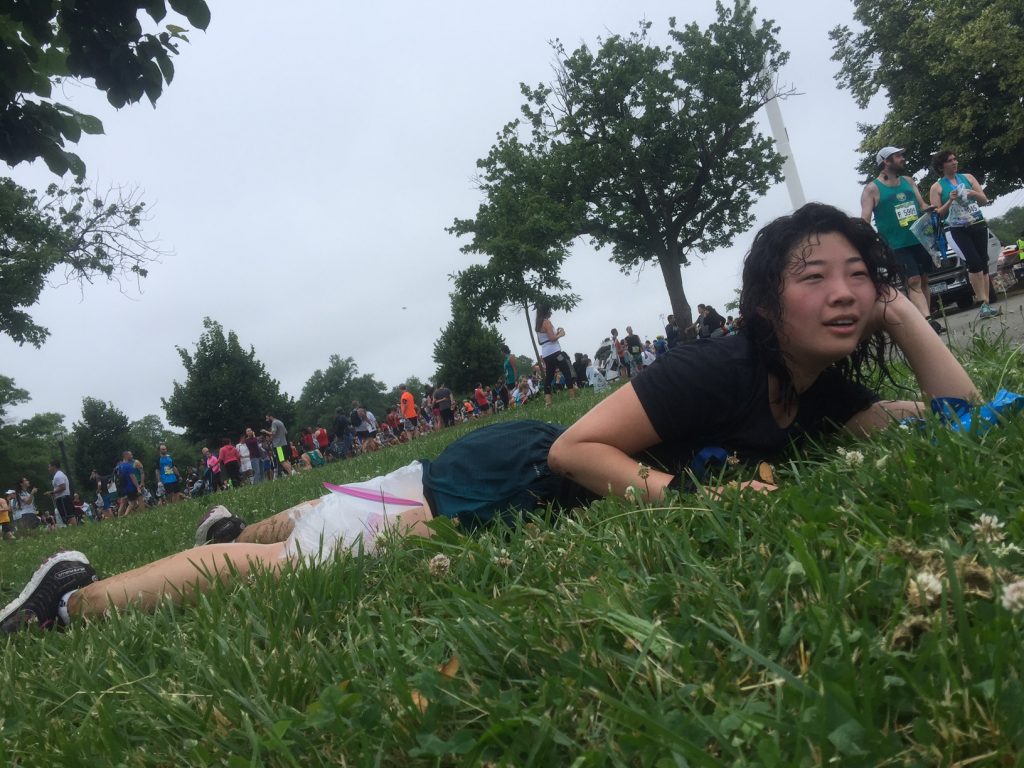 Icing my hamstrings after the Queens 10K.

I went into June knowing that it would be a race-heavy month. New York Road Runners (NYRR) hosts the best races in June so I couldn’t help myself and signed up for all of them. I was definitely being overly ambitious. I ran most of them at tempo pace but that still worsened my injuries and put me in a position where I needed to fully rest. After completing my last June race at the Achilles Hope & Possibility (4M) on the 25th, I was in such bad shape that I had no other choice but to stop running for at least three weeks.

Initially, I didn’t want to rest because I was afraid. I worked hard to attain the fitness level I have now and didn’t want to risk losing it. I was afraid of slowing down and losing my momentum. I wasn’t afraid of losing motivation during the process but I was afraid that I might’ve reached my peak. I still have yet to beat my 5K PR from when I was a student-athlete and my biggest goal is to qualify for and run the Boston Marathon within the next five years. If my intensive training is backfiring with injuries, is there still room for improvement? I feared the worst.

The thing about being injured is not just the physical setback. It gets to me mentally too. I train intensively to numb my mind and trick it so that it won’t produce thoughts of self-doubt. It’s a way to distract myself from negative influences, especially the ones that come from within. Now that I’m resting, those self-doubting thoughts are creeping up. I’ve always associated resting with slacking so I feel like I’m not doing the best that I can. I feel like my training isn’t good enough. I feel like I’m doing a disservice to myself. And I really hate fighting those thoughts. 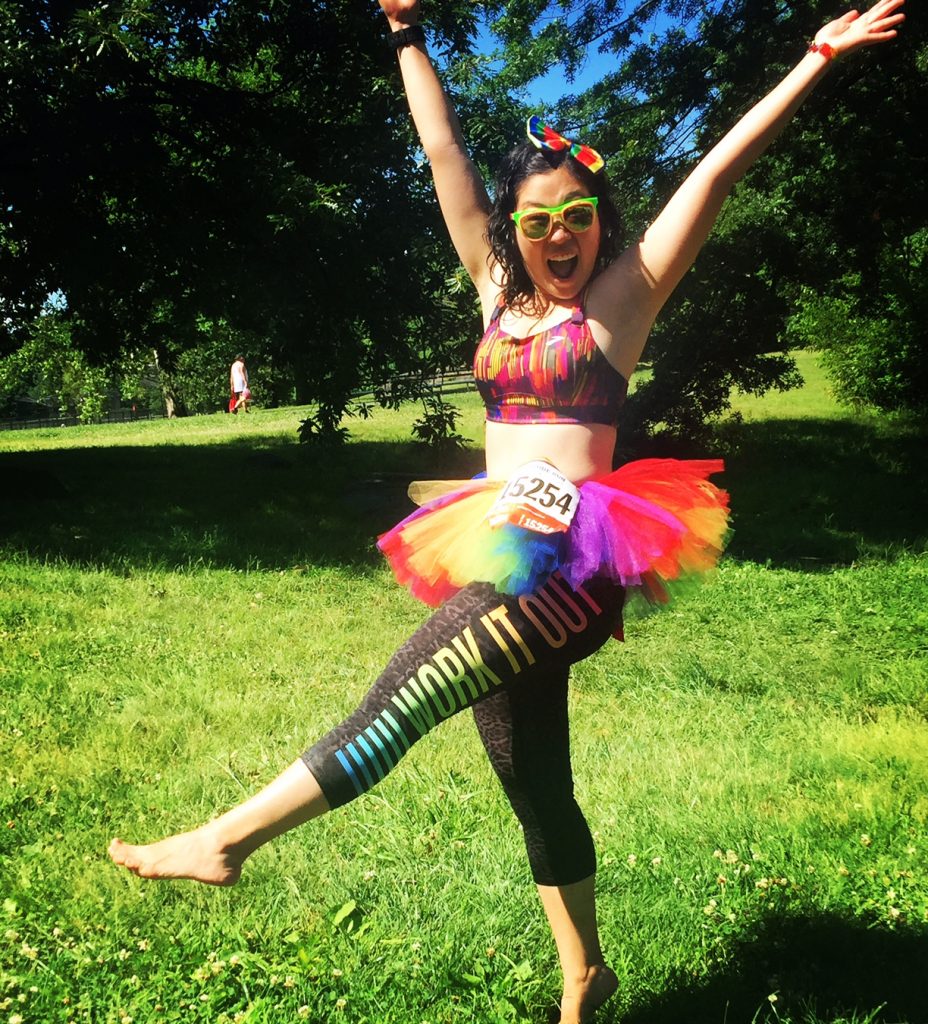 After the FRNY LGBT Pride Run, my favorite race!

With 16 weeks left until I make my TCS New York City Marathon debut, I’m struggling to hold back my eagerness to run but I know how crucial it is to be patient. I definitely don’t want to cross that finish line in crutches. Thankfully, the only race I signed up for in July was just a 5K. So for the last three weeks, I’ve been focusing on healing and cross training. I’ve also been working on revisiting the way I approach training. Being injured is awful but it exposed me to my weaknesses. For the first time in my life, I’m realizing how much I need to be in touch with my own body so I know how to strengthen it. And I love the outcome of practicing patience while injured.

Most importantly, being injured taught me the value of training smart, as opposed to training hard. Giving anything less than my best doesn’t necessarily mean going all out all the time. Challenging myself is good but overworking my body and exhausting it past my limitations is not the right way to go about it. Sure, being able to say that I completed a tough workout is great but if I’m trying to run a full marathon in less than four hours and qualify for Boston, I need patience and wisdom to build that speed and strength. I may have slowed down momentarily but I’ll be back in full force soon.