Living abroad is a wonderful and unique experience. The first time was during my semester study abroad in Quito, Ecuador where I studied at a local university and hung out with the wildest Ecuatorianos. The second time was when I worked as an ESL teacher in Ho Chi Minh City, Vietnam. Both are experiences I treasure and often reflect back on. I’ve spoken about the challenges of living abroad and the unexpected realities of reverse culture shock when returning home but it’s no secret that living abroad also has amazing benefits. 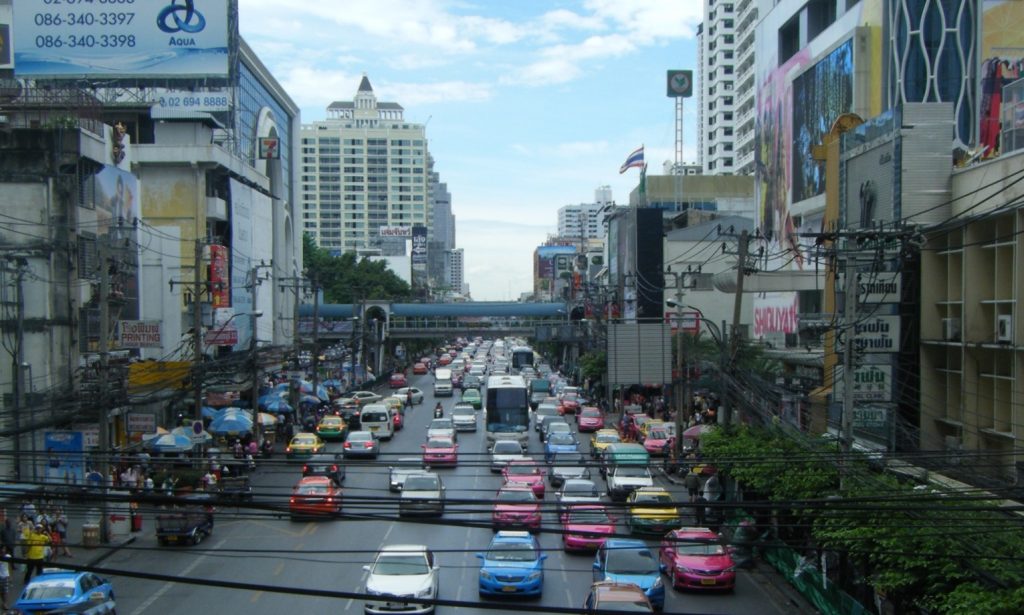 1. I broadened my global network
When I boarded my one-way flight to move to Southeast Asia, I was a nervous wreck. Once I got settled in and started making new friends, however, living in a foreign country became so much more fun! Meeting new people is always great but building rapport and developing friendships with locals made the experience enriching. I still keep in touch with many of those friends and know I will have their unconditional support wherever I go.

2. I learned how to communicate with clarity
As an expat, I had to adapt how I communicate. With so much room for misunderstandings, it was important for me to be extremely clear while exercising empathy. I come from a background where communicating clearly can sometimes be a disadvantage and so this shift was hard. Even if I’m speaking to someone in English, I was a lot more sensitive about my word choice and delivery. But this trained me to communicate clearly and effectively.

3. My haggling skills became top notch
Street vendors can be vicious and it was especially hard not knowing the local language well. As a foreigner, I’d immediately be stereotyped as having loads of money so vendors often started negotiating from extremely high prices. During my stay abroad, I harnessed psychological tricks to improve my haggling skills and get products for good prices. While I no longer have to haggle as much in New York City, I’m good at negotiating and asking for what I want.

4. I became shameless
There is something about living abroad that transformed me into an extremely shameless person (in a good way). Perhaps it has something to do with my profession as an ESL teacher. I realized that sometimes, I may appear silly when I demonstrate games or exaggerate pronunciation for students but if I could show them that I’m shameless, they were much more involved. I’m no longer a teacher but I am still shameless and enjoy the perks of not worrying about how I appear to others.

5. I developed a sense of openness
Naturally, as a human being, I’m a creature of comfort so I don’t usually like sudden change. When I realized that living abroad is a unique and rare opportunity, I decided to be more open about trying new things. Learning to be open-minded has led to many memorable experiences and opportunities like discovering delicious ingredients, making friends with opposing views and traveling to so many parts of Southeast Asia.

6. I learned how to better deal with challenges
Dealing with the challenges of living abroad can be extremely overwhelming, especially on unfamiliar turf. I expected to encounter many challenges while living abroad but actually going through them wasn’t easy. I had to come up with innovative ways to solve the problem in front of me and utilize my limited network for support. It gave me courage to reach out to others when I really needed their help and be better about expressing my gratitude to them.

7. I gained the courage to take risks
Going overseas and starting a brand new life is a risk. The environment of being on unfamiliar turf is an experience where I was forced to take risks and step outside my comfort zone. Because of this, I learned to be bolder wherever I go and set high goals for myself. The risk factor seems a lot worse in my head than when it plays out in reality – recognizing this encourages me to do things that seem terrifying but I also secretly know that the outcome will be amazing.

8. I developed a compelling self-narrative
I love talking about my experiences of living in Quito and Ho Chi Minh City. They are wonderful conversation starters. But my stories are especially useful when they’re pulled into job interviews and project discussions. People always ask questions about it and I enjoy sharing how those experiences have shaped my personality and my perspective on life.

Oftentimes, I ask myself how much further my career in design would have progressed if I didn’t go abroad to teach. Or I could have started my marathon journey sooner. But as I reflect on all the incredible benefits of living overseas and what I’ve learned throughout the process, I realized that I wouldn’t have done it any other way. For now, I’m incredible thankful for having had the opportunity to live abroad twice and wouldn’t mind doing it again.