5 years out of school

I earned my first rank of grandma alumna status today. Soka University of America’s twelfth class of 2016 just graduated hours ago. Congratulations! Five years ago, exactly on this 27th day of May, I threw my arms up in the air, danced across the stage in my gold heels and received my diploma. A gush of nostalgia overcomes me as I remember the struggles I experienced to move my tassel from the right to the left, indicating the completion of my Bachelor’s degree. It’s hard to believe that now I have spent more time out of college than in but one thing is for sure: I have never stopped thinking about the permanent impact that my beautiful alma mater left on my life. Here are five accomplishments from those four incredible years that reminds me why this university is truly remarkable. 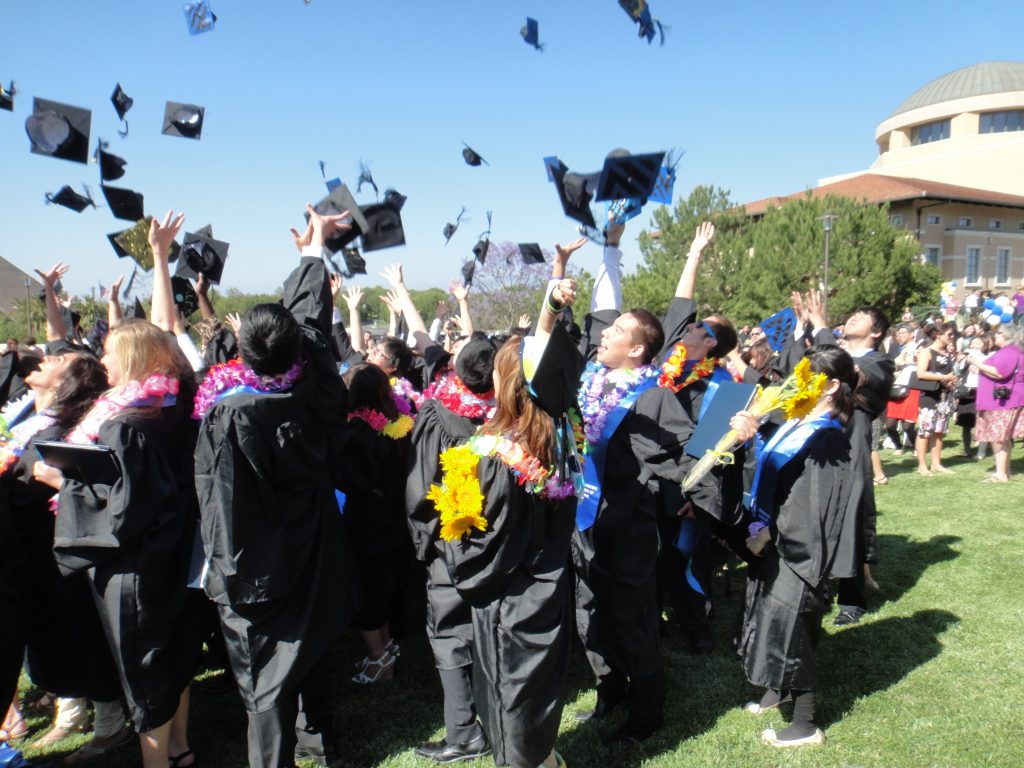 1. I completed a sixty-eight page senior thesis
My senior thesis, or capstone, is my proudest academic achievement. I worked harder than I ever have on anything else to make sure I produced a paper that was truly deserving of an A. And yes, I got that A. My topic was about the emergence of the organic movement and the profound relationship that people have with food. I have always loved eating (but really, who doesn’t?) so it made the most sense to research and write about something that was comfortable but also challenging to me. It was tremendously fulfilling to spend what felt like an eternity soaking up all the information I can on my topic and then crafting an eloquent argument on the importance of it. Even to this day, it’s constantly on my mind and I still talk about it to others and even on this blog. Academics at SUA are beyond rigorous but because of that, I learned to love it. In fact, SUA ultimately gave me the gift of learning. Most universities don’t even require a senior thesis to graduate but I’m glad that SUA does. Regardless of whether I’m in school or not, I’ll always be a learner and love the process. 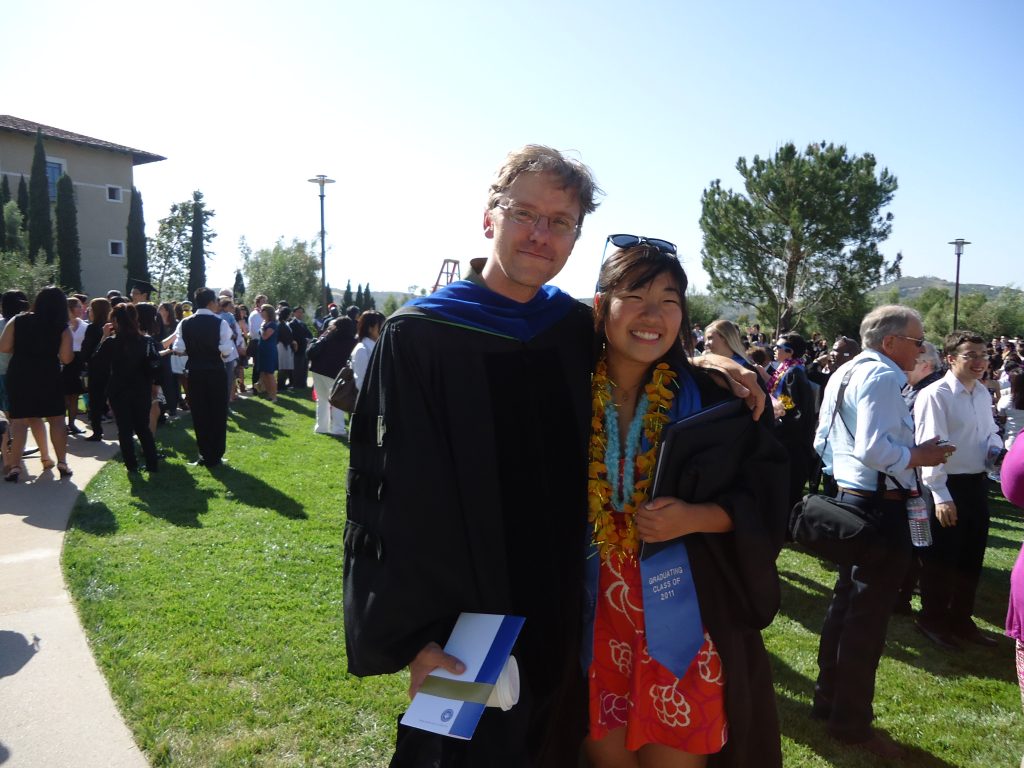 Spady: my capstone mentor and a brilliant professor.

2. I learned to speak a third language fluently
In high school, I was one of those kids who decided to rebel against taking the popular Spanish classes. I chose to study French for a few years and I absolutely regretted it. In order to reclaim my dignity, I decided to take Spanish classes at SUA as one of the graduation requirements. The professors there made it fun and I got close to several Spanish-speaking students. Aside from the basic everyday greetings, the first words I learned were of profanity and that definitely made Spanish fun. (Don’t worry. My vocabulary now is clean.) When I spent five months in Quito, Ecuador, I developed my Spanish to the point where my local friends said that I speak like a native. Not only was my pronunciation on point, my comeback game had also become superiorly sharp. What I love about knowing Spanish is that my ability to communicate with people expanded immensely. Speaking Japanese and English goes pretty far but if you include Spanish, that’s basically adding an entire content worth of people. As someone who loves talking (and listening), knowing a third language has brought me joy and unexpected friendships. To this day, my most overused Spanish phrase has to be “¡vamos a bailar!” 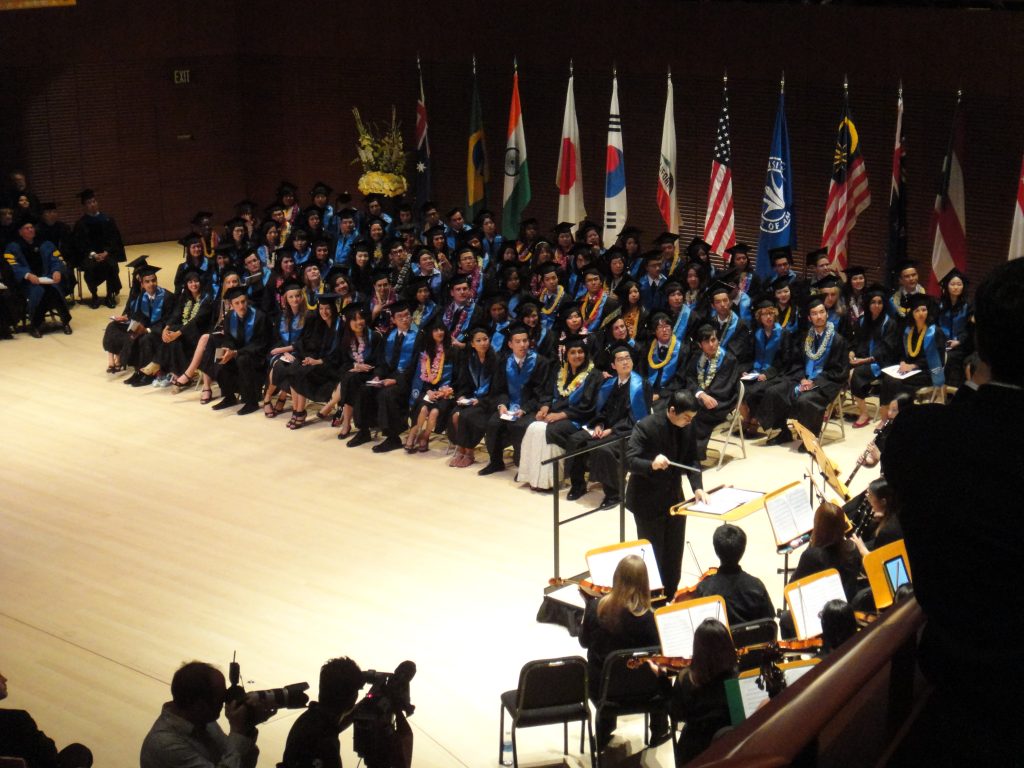 3. I shed off seven minutes in four years
First of all, I am a proud four-year alumna athlete of the Cross Country and Track & Field teams. My 5K race time from my freshman year is beyond embarrassing so please don’t ask. However, I will tell you that by senior year, I miraculously shed off seven minutes from my freshman year personal record. That’s seven whole minutes in four years – that’s big! The journey to every minute I shed off was definitely not easy. However, being part of the these teams at SUA remains the most valuable experience from my college years. In fact, I would say that a majority of life’s most important lessons were learned from running with them. There was no room for complaining and excuses. As an athlete, I was expected to bring myself to practice everyday and do my best with every workout. I learned to push beyond my limits, stay strong and run all the way through to the finish. Earlier today, I received a shirt in the mail from the SUA Track & Field office (thanks, Patrick!) so I can represent my alma mater whenever I run. You better believe that’s the shirt I’ll be wearing when I go beast-mode in the New York City 2017 Marathon! What can I say – running runs in my blood. 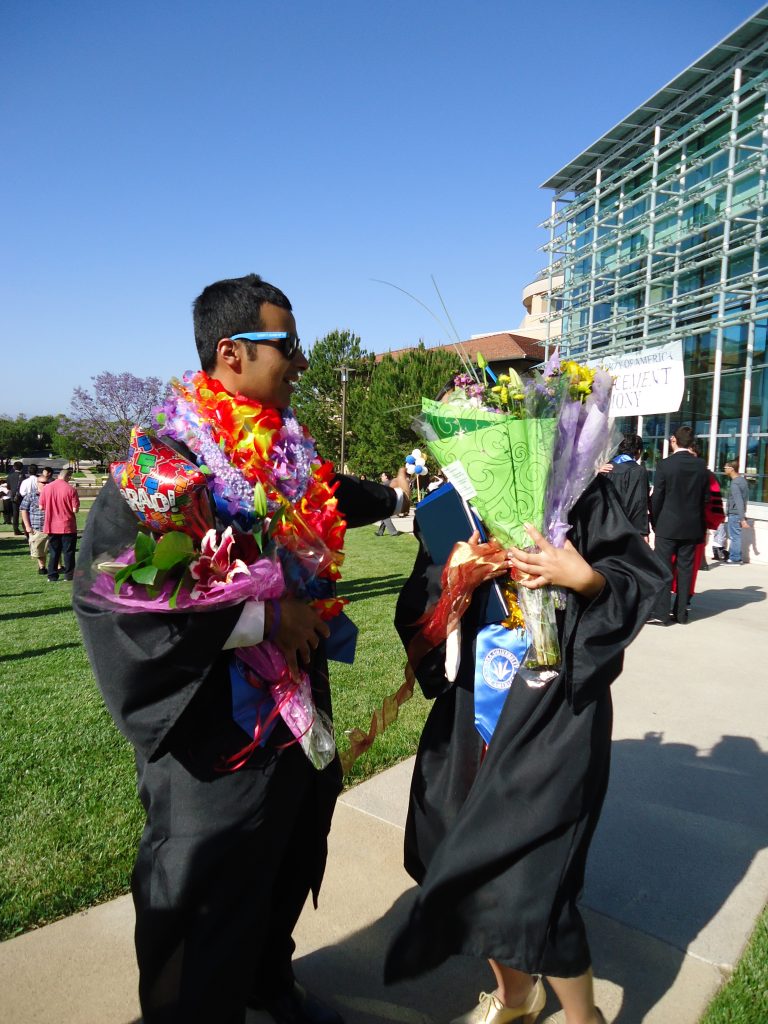 Stealing his flowers so I look popular too.

4. I went to the Amazon rainforest twice
Since I was little, I’ve always been fascinated by the Amazon rainforest. I would have never imagined that I would make it there someday and believed that I would have to live through it from my television screen. However, SUA presented me those opportunities and I took them without hesitation. The first time I went was in late 2009 on a study abroad excursion. I participated in white water rafting, went on a three-hour intensive hike and got bedridden from dehydration and a nasty stomach virus. Despite the last one, I still consider this to be my best study abroad memory. It was the first time that I became aware of how people don’t necessarily need a lot of money or a high social status to live happily. Most people who lived there were self-sufficient and lived joyfully without the materialistic pleasures that are often found in society. The second time I went to the Amazon was for a three-week course on aquaculture. A handful of students and I, along with our professor, flew out to Iquitos, Peru to learn how fish were farmed. We fueled ourselves with the famous Inca Kola and ate a lot of paiche fish, which I later learned was endangered. In the end, I was tremendously happy to have made a huge dream come true. 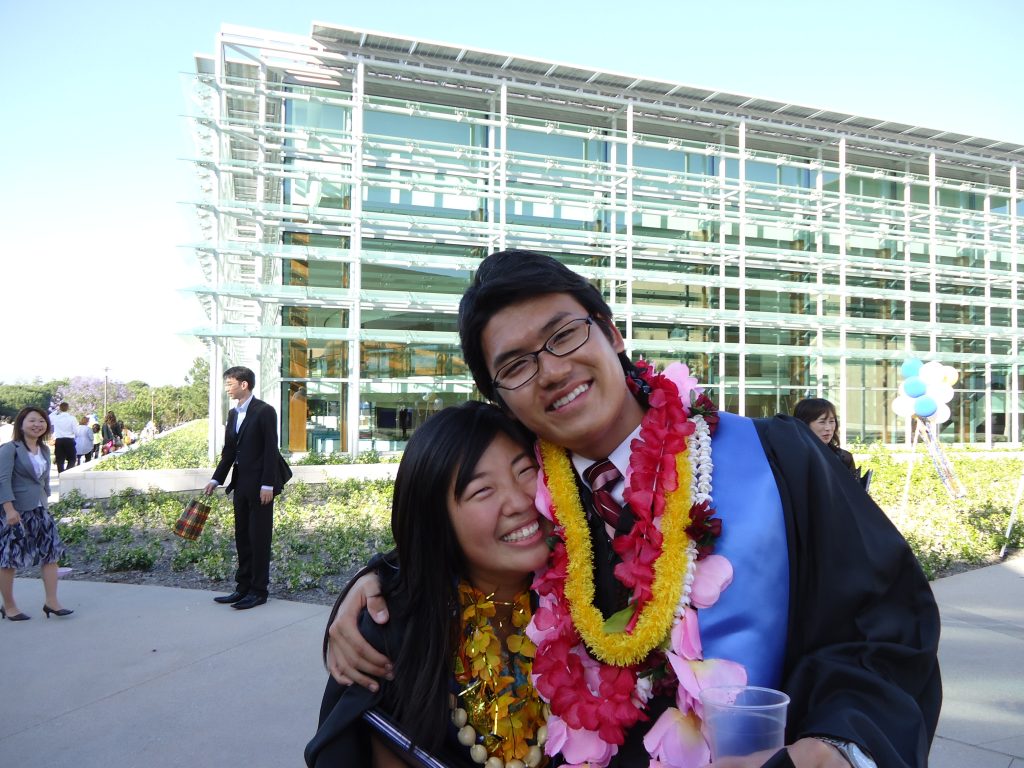 5. I graduated
What makes SUA unique is that everyone struggles one way or another to graduate. That’s why this day is auspicious, as they always say in the beginning of their commencement ceremonies. When I was a freshman, my entire family struggled financially so I was beyond convinced that I wouldn’t come back for sophomore year. In addition, I didn’t really like SUA at the time so it wasn’t a terrible thing if I didn’t come back. I was pretty much ready to leave. However, I learned at the end of my freshman year that any student who is part of a household that earns less than $60,000 a year automatically qualifies for a full-ride scholarship. That’s when my appreciation for the university’s donors deepened and sought to go back for another year. I managed not only to return as a sophomore but also as a junior and finally as a senior. Before I knew it, I graduated. Let me tell you, SUA students have struggled with it all. There were days I could barely wake up because I stayed up all night finishing those final papers. On some nights, I cried endlessly in front of my classmates because my struggles became too much. Every now and then, I would check my bank account and saw single-digit dollar amounts and wondered how I’ll ever survive. But I did. In fact, all eighty-six of us did. 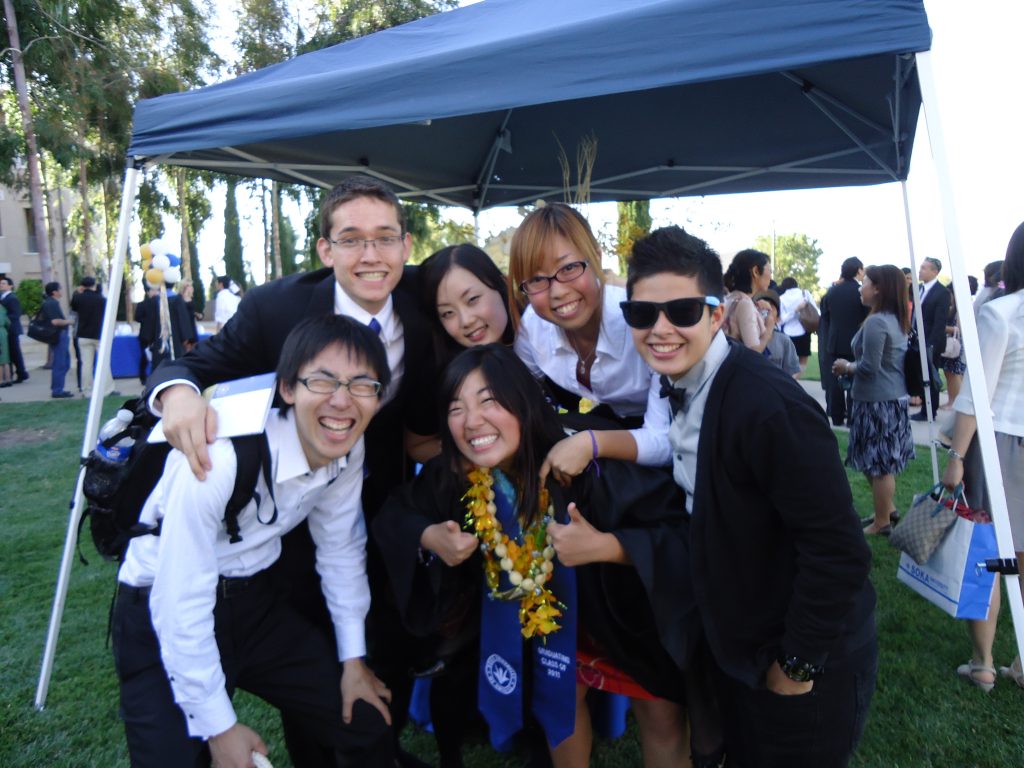 The one thing that makes SUA amazing is the people that I went there with. I wrote a love letter dedicated to my incredible classmates. I wouldn’t have done these four years with any other group of people. I’m proud to be a part of this class and continue to connect with a dedicated group of people who sincerely want to make a positive contribution to the world. To be honest, I’m not where I wanted to be five years after graduating. However, I don’t really care because I’m an SUA alumna and I still have the rest of my life to make big things happen. I also complain often about the student loan burden I carry but I constantly remind myself that I went to a world-class university that gave me arguably the best liberal arts education I could ask for. Give me five more years and I promise to contribute back to the university that made me a true global citizen and a sophisticated humanist.